My forced convalescence, and a review of “Art Marketing Boot Camp”

I have an explanation for such a long absence from this blog—an arm injury, from a fall I had when I was schlepping art supplies from my old studio to my new studio. Fortunately the injury was not as bad as it could have been (dislocated elbow that “popped” back into place, so it’s “only” a sprain), but boy does it hurt! I am taking it easy for a while. And as a result, I’m mind-numbingly bored.

So, since my activity is limited, I decided to order Eric Rhoads’ “Art Marketing Boot Camp.” Well, to be fair I already had the first DVD of his 3-DVD series, but I got the second DVD while I was pampering my lame arm. What better way to use my time?

I first heard about these DVDs from one of my Facebook acquaintances (Lori Putnam), who gave a glowing review. She attended the first Bootcamp seminar (in 2012) and followed the advice offered to the letter. Her career skyrocketed within a year! Rhoads is well-known in art circles, has a popular blog on marketing, runs some extremely successful art magazines, and so I think he’s got a lot of credibility. Here’s my take on the DVDs. 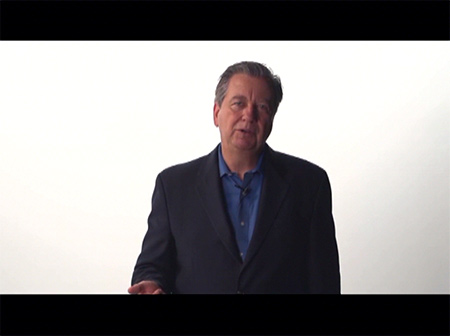 OVERVIEW: While these DVDs are pricey, I think they have value and I do recommend them. The lectures are engrossing and very timely.

“Art Marketing Boot Camp DVD One” covers many valuable basics, advises artists to consider what they want, what they are willing to do and what they’re aren’t. Most importantly, he encourages artists to believe that they can make a living from art—the “Starving Artist” story we all grew up with can be a myth. But we must market ourselves! This doesn’t come easy for artists, as our natural inclination is to do the work and expect buyers to magically materialize. But that’s not how it works in the real world.

The first DVD in the Bootcamp series is on one disk, and is almost 4-1/2 hours in length. There are three sections to the DVD, the first section a little over an hour long, the second section (“session”) is a little under an hour, and the third session is 2 hours and 21 minutes.

The DVD was filmed at a Plein Air convention in 2012, with speaker Eric Rhoads lecturing. He shows PowerPoint-type pictures and slides to illustrate his points. He’s a good speaker and very articulate and affable. Occasionally the video cuts away from the Plein Air convention and we are shown Rhoads talking, adding extra information or clarification, while speaking in front of a white screen. (See screenshot above.)

The DVD picture and sound quality seems good. The aspect ratio of the DVD is 4:3 (“Fullscreen”) which means you’ll have black bars on the right and left side of your widescreen TV or computer monitor. (I’m not complaining, I’m just explaining!)

I highly recommend this DVD, if you can afford it. It’s full of specific and timely information, and I believe Rhoads when he says that if you follow even a fraction of his guidelines or advice, your art sales will increase.

The second disk in the set has one session, “Landing Galleries,” and it’s 1:36 hours in length.

Unlike the first DVD in the series, this DVD was shot in widescreen (16:9), so you won’t get the black bars anywhere on your widescreen TV. 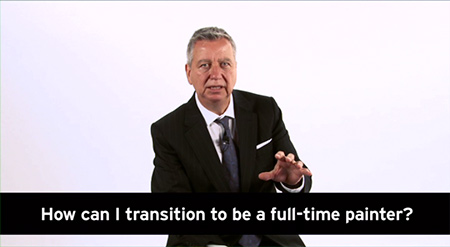 A lot of the second Boot Camp DVD is filmed in a studio (with white background) instead of at the Plein Air convention, but plenty of footage is from the 2013 convention as well.

In this second DVD in the series, Rhoads brings in guest speakers, which were a welcome addition. Don’t get me wrong, I thought everything Rhoads had to offer was fantastic, but added variety is always helpful.

I’ll be honest, I haven’t finished watching the last session (about galleries) but I really enjoyed his lecture about branding as well as social media and the web. One thing that did cross my mind was, that the social media/Internet info has a limited shelf life, so while I still think it’s relevant (as it was only filmed in 2013—a year ago as I type this), there’s going to come a point when the Internet info will become stale. 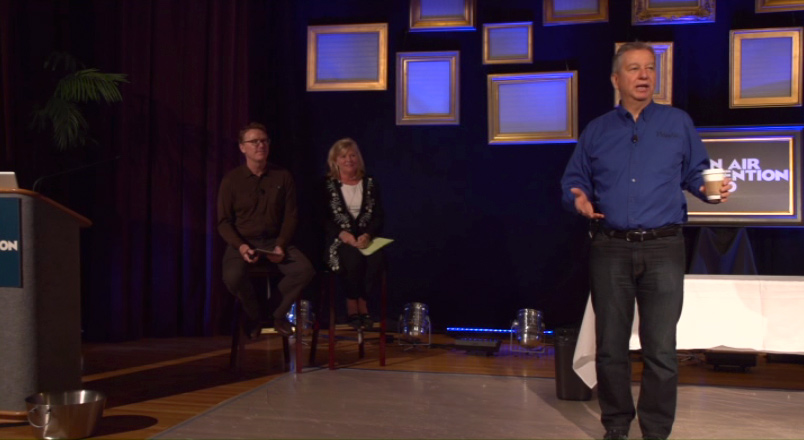 Some guest speakers wait to give their presentations at the Plein Air convention.

The price of these DVDs are a bit steep, but I viewed the expense as an investment in my future. I’m going to try to take the advice seriously and implement as much of it as I can. I encourage other artists to do the same! Order the DVDs here.

Note: It seems clear to me that the publishers of these DVDs take their copyright seriously, so I have no intention of violating their copyright in any way! I show these few screenshots under “fair use.” I don’t intend to share any more content from these DVDs. Buy your own!