Home » paintings » Just because I didn’t want to have NO posts in March!

Just because I didn’t want to have NO posts in March!

It’s pitiful that I haven’t updated this blog in all of this month. So I’m trying to slip something in, right under the wire!

I haven’t done as much as I’d like, but still, I have done some painting. I just haven’t posted it. There are some commissions in the works (will post them later) and other stuff. I had some busy-work in other areas that kept me from posting to this blog as much as I’d like. I hope to correct that now!

Here’s a Work in Progress. It’s almost done, but still needs a few tweaks and corrections. It is not done—emphasis on NOT DONE! 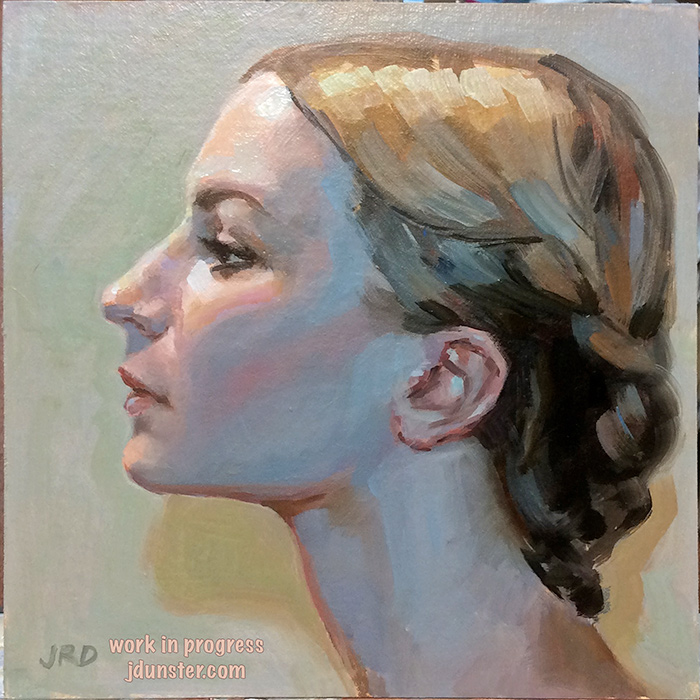 8×8″ oil on canvas panel. Thanks to Reine-Haru for stock photo used as reference.

The thing that fascinated me about this portrait was the wonderful play of warm and cool on this woman’s face. I admit that I don’t think I’ve captured it as well as I’d hoped. But I tried! The shadow has these wonderful, sublime blues, but you’ll see in the deeper shadows (under the jaw, darker spots in the ear, on the side of the neck) the colors go warm again! Love it! And there are blue highlights in the hair, and warm/cool interplay everywhere! Another area of fascination was the cast shadow (behind her on the wall) which is a warmish yellow-tan. Wow!

Yes, I get excited about this stuff!

More paintings in the works! As Spring is upon us, I feel like I am refreshed and renewed and am looking forward to 2015. It’s going to be a good year for art.

I finished the painting! Put a fork in her, she is done: 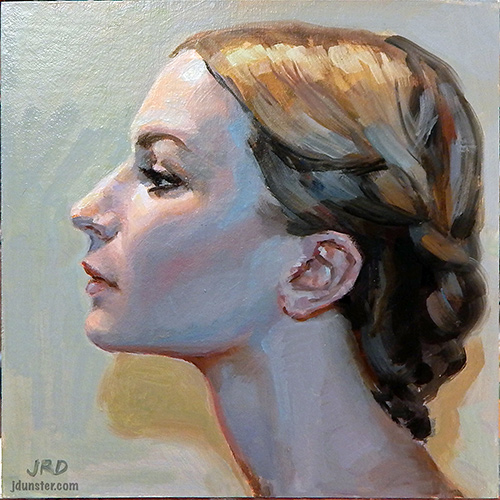